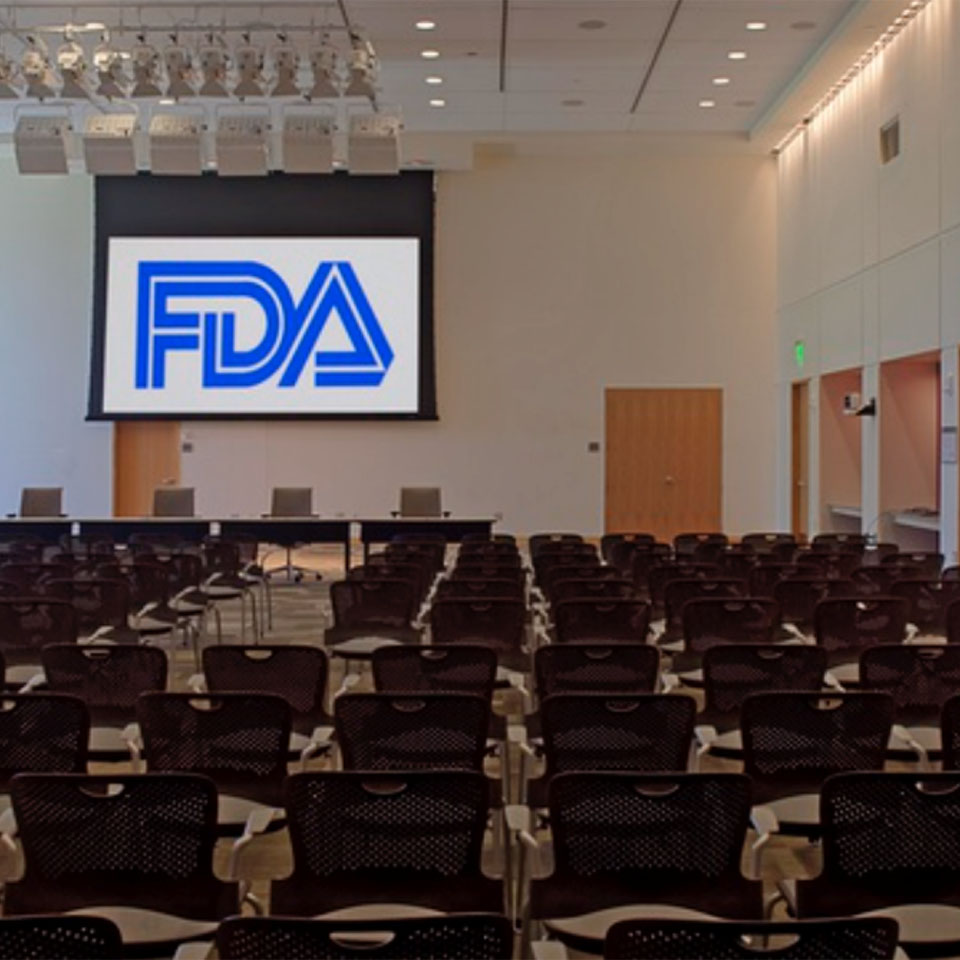 The U.S. Food and Drug Administration (FDA) wants dental amalgam and implanted metal devices (like titanium implants) to go under FDA’s microscope. On November 13-14 2019, a public meeting of the Immunology Devices Panel of the Medical Devices Advisory Committee will take place, which is expected eagerly (1).

But what is the purpose of the FDA to deal with this issue?

Such a meeting is overdue, hopefully it will provide the necessary steps and bans to protect the population from the health risks associated with the use of metals in the oral cavity. The risks are well-known and scientifically proven:

50% of dental amalgam is elemental mercury. Mercury is one of the most toxic, non-radioactive elements on our planet (2,3). According to the European mercury regulation, dental facilities should be equipped with amalgam separators to protect waste water and our environment from further pollution. After being removed, amalgam must be disposed of as highly toxic hazardous waste, which is a financial burden for the dental office. Nevertheless, in Germany the percentage of dental amalgam fillings still is around 30% (4). Each year, approximately 15 tons of mercury are required for dental amalgam fillings (3,5).

From 1 July 2018, dental amalgam should not be used in the treatment of children under 15 years of age and in pregnant or breastfeeding women (5). In Norway, Sweden, Denmark, Russia and Japan, amalgam is already completely banned for its use.

In 1992, Dr. Ulrich Volz wrote his doctoral thesis on the risks of amalgam (Title: “Qualitative investigations of amalgam invasion into the dental pulp”). Small amalgam fillings in wisdom teeth were used to investigate the release of amalgam in the tissue. He demonstrated that amalgam was found directly in the pulp and in the cell nuclei of the tissue after just 24 hours (6).

Many studies proved already the negative health effects of mercury. It is associated with neurodegenerative diseases such as Parkinson’s disease and multiple sclerosis (7–9). Autism (especially in children) is related to a high mercury level (10,11). An increasing number of maternal dental amalgam fillings correlates with increased fetal exposure in utero. Human placenta does not represent a real barrier to the transport of mercury (12–14). Due to its neuro- and immunotoxic potential, mercury is considered by the WHO as one of the top ten chemicals of major public health concern (15). The half-life of inorganic mercury in the human brain is estimated to be several years to decades (3).

The following x-ray of a sheep demonstrates the accumulation of mercury in the entire organism only 24 hours after placing amalgam fillings. The most affected organs are the kidneys, liver and stomach:

Figure 2: How mercury get’s out of amalgam and into your body (16)

Even after 50 years of wearing, mercury vapor can be released from amalgam fillings:

Besides dental amalgam as an intraoral interference field, implanted metal devices like titanium dental implants may have negative health effects on the entire organism. In September 2019, the traditional dental society “New Group” dedicated an entire congress to ceramic implantology. Prof. Terheyden, president of the German Association of Oral Implantology (DGI) from 2010-2013, stated that titanium is a highly reactive material and emphasized growing evidence for the biocorrosion of this metal. At the ESCI Congress (European Society of Ceramic Implantology) in Zurich this year, the multiple negative effects of titanium implants on the organism were discussed. Due to corrosion of the titanium surface, titanium particles will be released which infiltrate the surrounding tissue. The particles may be associated with the development of periimplantitis and implant loss (18–21).

The following figure shows the x-ray and the intraoral picture of periimplantitis. Bone loss and exposed implant threads are visible:

Factors that contribute to corrosion are of mechanical, chemical and electrolytic origin (23). Particle release occurs due to mechanical friction during insertion of the implant and/or micromovements of the implant while chewing (19,24). Macrophages react to contact with titanium oxide particles causing an immune response by releasing pro-inflammatory cytokines like tumor necrosis factor-α (TNF-α, an inflammatory messenger) and interleukin-1β (IL-1β); osteoclasts are activated and bone and tissue resorption can occur (25–28):

The released particles are a constant stimulus for the body’s immune system, producing a chronic immunological reaction. Besides local effects, the released pro-inflammatory cytokines have systemic impacts on many tissues such as muscles, endothelium and the nervous system (see figure 6) (25,30). Thus, systemic diseases such as rheumatoid arthritis, multiple sclerosis, tumors, breast carcinomas and cardiovascular diseases can be initiated by titanium implants due to an overexpression of TNF-α (31).

Furthermore, titanium oxide nanoparticles have cytotoxic and genotoxic potential and cause oxidative stress (33). Studies have been published that associate neoplasms such as osteosarcoma, plasmocytoma or breast metastasis  with titanium dental implants (34–36). Metals such as titanium can cause hypersensitivity and allergic reactions (37–39). Harloff et al. found traceable amounts of palladium, nickel and chromium in implant material samples. These elements also can be associated with allergic reactions. Nickel, which is one of the main allergens and causes sensitization in about 12% of the population is present in all titanium dental implants. Due to its low content, manufacturers do not have to label it, but even these small amounts may be sufficient to trigger allergic reactions (40):

In summary, amalgam and other metals such as titanium should not be incorporated into the human body. A safe protocol to remove them is necessary. In particular dental amalgam fillings should be removed under high protection measures to avoid further exposure to mercury vapors. The biocompatible zirconium dioxide (used in the Swiss Biohealth Clinic) instead of titanium for dental implants offers a biological, non-reactive alternative and protects patients’ health. Another important aspect is to avoid food or cosmetics which contain metals such as titanium dioxide or heavy metals (see titanium dioxide particles in our food at https://www.swiss-biohealth.com/blog/).

The meeting of the FDA’ s Committee on 13-14 November 2019 will hopefully consider these serious problems and risks and draw the necessary conclusions. Under following link, it will be possible to attend the meeting live and online: https://www.fda.gov/medical-devices/dental-devices/dental-amalgam