What are root-treated teeth/dead teeth?

If the inside of the tooth is dead, we speak of root-treated teeth or dead teeth. This is often caused by a lack of dental care and oral hygiene. Caries can also be the reason. The destructive process causes nerves and blood vessels to die. The tooth can no longer receive vital nutrients and dies.

Why should dead teeth be removed?

Dead teeth are a burden for the organism and thus represent a so-called interference field. With every chewing process, bacteria and toxins are released into the lymphatic system of the surrounding tissue. From there, they enter the bloodstream and the entire body and can cause many other serious secondary diseases.

What diseases can be caused by dead teeth?

Dead teeth can cause serious diseases. Slipped discs, prostate problems, kidney problems, back problems, joint problems or even heart pain can be the result of this interference field. The root-treated tooth releases so-called "cadaver toxins" (dead protein residues) during its decomposition. These pass into the body via the bloodstream. The dead tooth has nerve-damaging and tissue-destroying effects.

The following symptoms often occur in patients who have root-treated teeth:

At the SWISS BIOHEALTH CLINIC, we work with three-dimensional X-ray images in order to precisely determine the degree of inflammation in the root-treated tooth.

Root canal treatments according to the SWISS BIOHEALTH CONCEPT

Root-treated teeth are extracted as gently as possible according to the SWISS BIOHEALTH CONCEPT. It is imperative that gums and bones be completely free of injury following the removal process. The ligament – the fiber system holding the root – is completely removed during the operation so that the brain will realize immediately that the tooth has been fully extracted, thereby directly triggering the release of the corresponding bone growth factors. 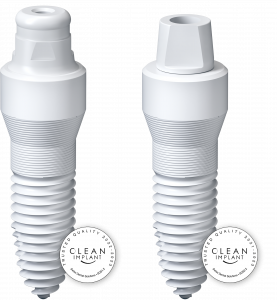 For the first time biological solution for root-treated teeth thanks to ceramic implants from Dr. Volz. The ceramic implant made of the high-performance material zirconium dioxide replaces the dead tooth after removal.
The implant is less prone to gum inflammation than the natural tooth. Attack by caries bacteria is not possible.

The operation at the SWISS BIOHEALTH CLINIC lasts around 20 minutes per tooth. No swelling will occur. Even so, you should take at least 3 days off following the surgical intervention.

In preparation for the surgical intervention, BOOST should be taken for 2-4 weeks before the dental operation and for another 4 weeks after the operation as well. This preparation will stabilize your immune system and stimulate the healing process.

Many of our patients have experience with root canal treated teeth. Read more about them in our testimonials.

Dr. Volz removed an enormous amount of metal (amalgam) as well as gold fillings and a titanium implant. He extracted three root-treated teeth and immediately placed ceramic implants there.

Services of the Swiss Biohealth Clinic