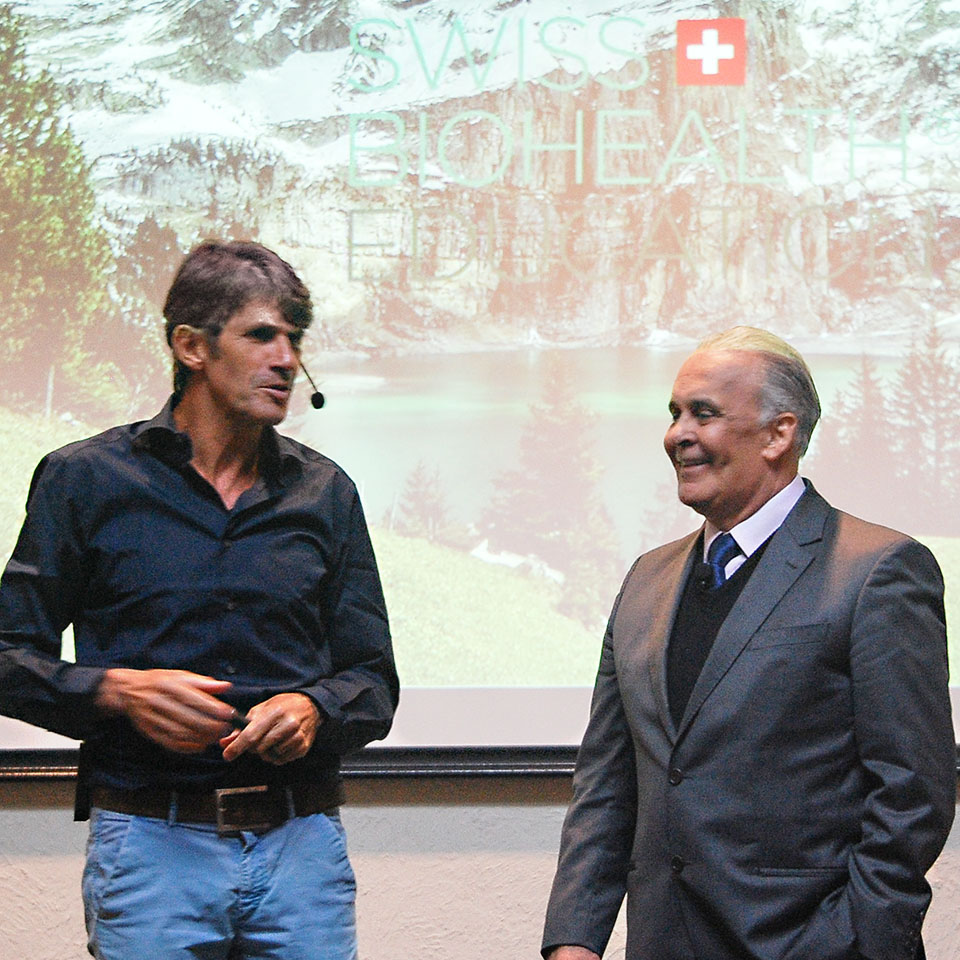 On August 4th, I was invited to give a four-hour lecture on biological dentistry and zirconia implants to more than 300 biological physicians and dentists as part of the state-accredited Post Graduate Education program of Dr. Lair Ribeiro in São Paulo. Dr. Ribeiro is the icon for biological medicine in South America. Professional cardiologist, author of 140 scientific publications and 38 books, including 15 bestsellers in 40 different countries.

As part of the SWISS BIOHEALTH pre- and post-treatment, we were always supplementing our patients with vitamin K2 / mk7 to transport the minerals into the bone. Our supplements DAILY USE, BASIC IMMUNE and, soon, our D3 drops already contain the perfect ratio of mk7 (200 μg to 20,000 I.U. vitamin D3).

In lectures and personal conversations, Dr. Lair Ribeiro ensured me that the K2 / mk7 is absolutely unique in maintaining our health, youthfulness and health prophylaxis!

The latest studies show that mk7 (menaquinone) does not only keep the bone strong and healthy, it also hardens the teeth, prevents and even heals caries, lowers the risk of osteoporosis and shifts at the same time the minerals out of the soft tissue, lowering the risk of arteriosclerosis, prevents heart diseases, but also softens the skin and removes wrinkles. In addition, it boosts fat burning, reduces the risk of diabetes through insulin sensitivity and increases fertility in men by increasing testosterone. Last but not least, mental abilities will also be improved. 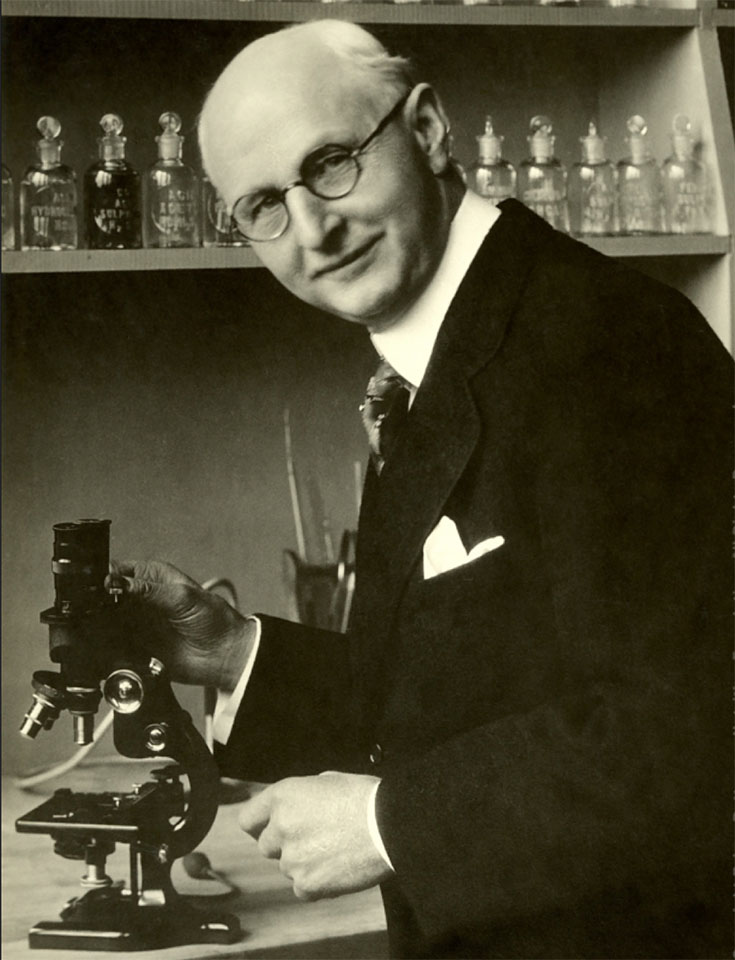 For us as biological dentists, it makes perfectly sense, because in 1945 Dr. Weston Price, the father of biological dentistry, nutritionist and former head of the research department of the ADA American Dental Association, discovered a new “vitamin-like activator”, which, according to his research, plays a central role in the storage of minerals, caries, growth and development, tooth position and physique, aging, reproduction and protection against heart diseases and brain function. He called it “Activator X”. It took until 2008 till Christopher Masterjohn combined the studies from Weston Price, the ones from the United States Department of Agriculture and the ones from Turfts University to discover the formula: Activator X = Vitamin K2!

Vitamin K2 / mk7 (menaquinone) is of bacterial origin and occurs nearly solely in animal origin and fermented foods, e.g. raw sauerkraut, cheese, egg yolk, meat and the popular food in Japan Nattō (recipe is at the end of the article), which consists of fermented soybeans. However, it can also be produced by bacteria (for example from some strains of Escherichia coli or Bacteroides fragilis) in the human intestine.

Vitamin K2 / mk7 cannot be overdosed and shows no side effects. Only patients taking anticoagulant drugs should restrict the intake of K2 / mk7 to 100 μg per day.

But what is the basis for this extremely positive effect of vitamin K2?

MK7 is able to activate the so-called GLA-proteins by inducing “carboxylation”, which causes calcium to be moved by these GLA proteins in our tissues (vessels, connective tissue and bone). Probably the most important GLA protein is OSTEOCALCIN. It constitutes about 2% of the extracellular non-collagenous bone matrix and is a marker of bone formation and bone quality.

Before mentioning all the positive effects of osteocalcin, I would like to emphasize, it is only effective in its carboxylated form (activated Osteocalcin) and, of course, must be present in sufficient quantity.

The osteocalcin is encoded by a gene on the chromosome – but its synthesis must be initiated by 1,25 (OH) -vitamin D3, the active vitamin D3 hormone calcitriol! Now, osteocalcin can be produced by osteoblasts (bone-forming cells) and odontoblasts (tooth-forming cells). The activity of osteoblasts and odontoblasts is controlled by the D3 hormone calcitriol. At the same time, D3 resorbs calcium and phosphorus in the intestine, while it is synthesizing a calcium-binding protein in the mucous membrane of the small intestine. Even the reabsorption of calcium and phosphorus in the kidneys is controlled by D3.

– without sufficient levels of vitamin D3, no adequate mineral supply and no production of osteocalcin.

– without sufficient levels of vitamin K2 / mk7, no activation of the osteocalcin and thereby accumulation of minerals in the soft tissues and blood vessels.

The effects of OSTEOCALCIN:

– Optimization of bone density and thus protection against over- and under-mineralization. Therefore, protection against osteoporosis, marble bone disease and especially for the elderly people protection against femoral neck fracture, the most common cause of death for people over 75 years. From the age of 35, the bone loses 1 to 1.5% of its substance per year – even faster in postmenopausal women. 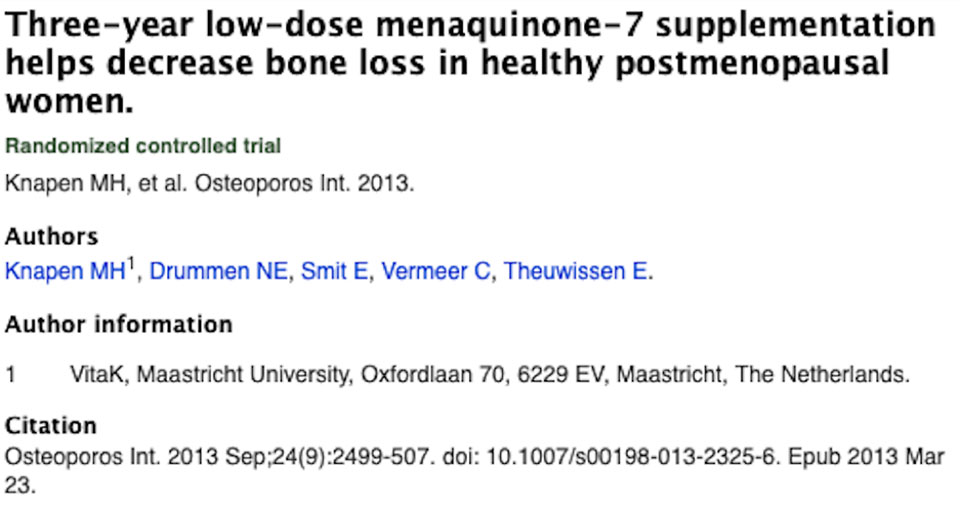 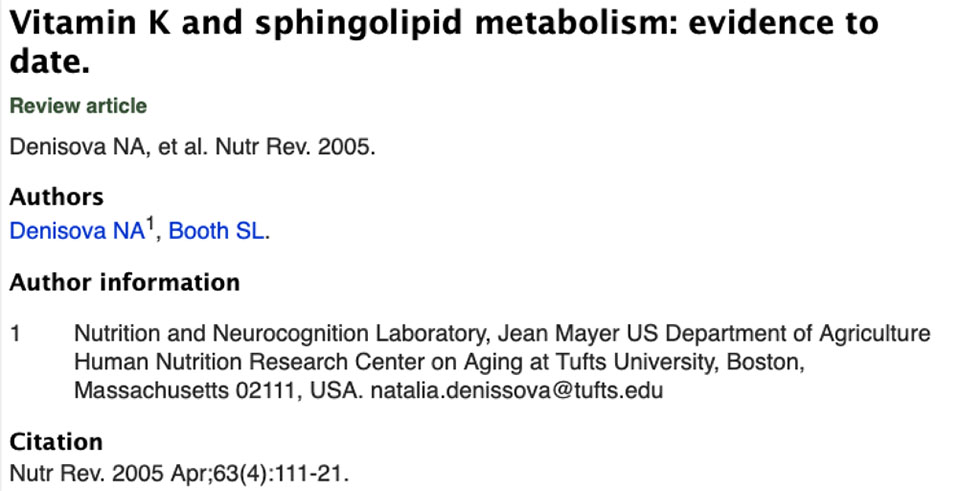 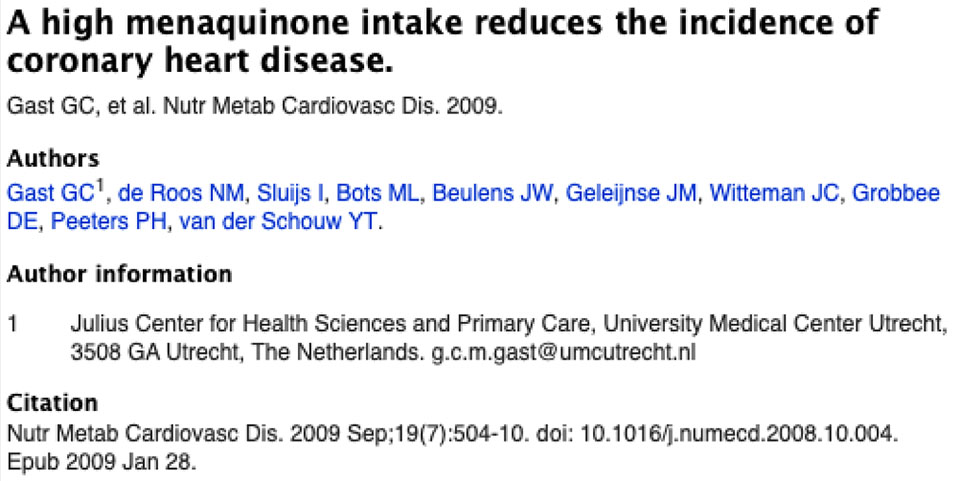 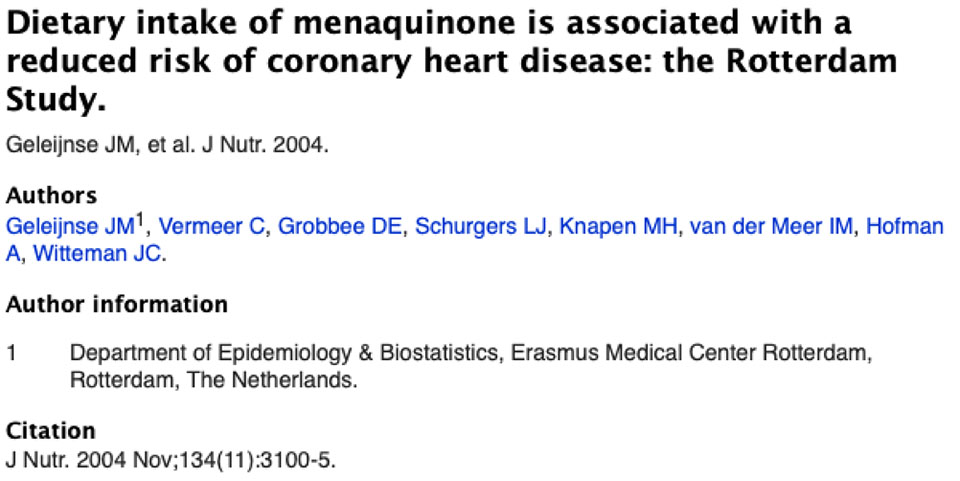 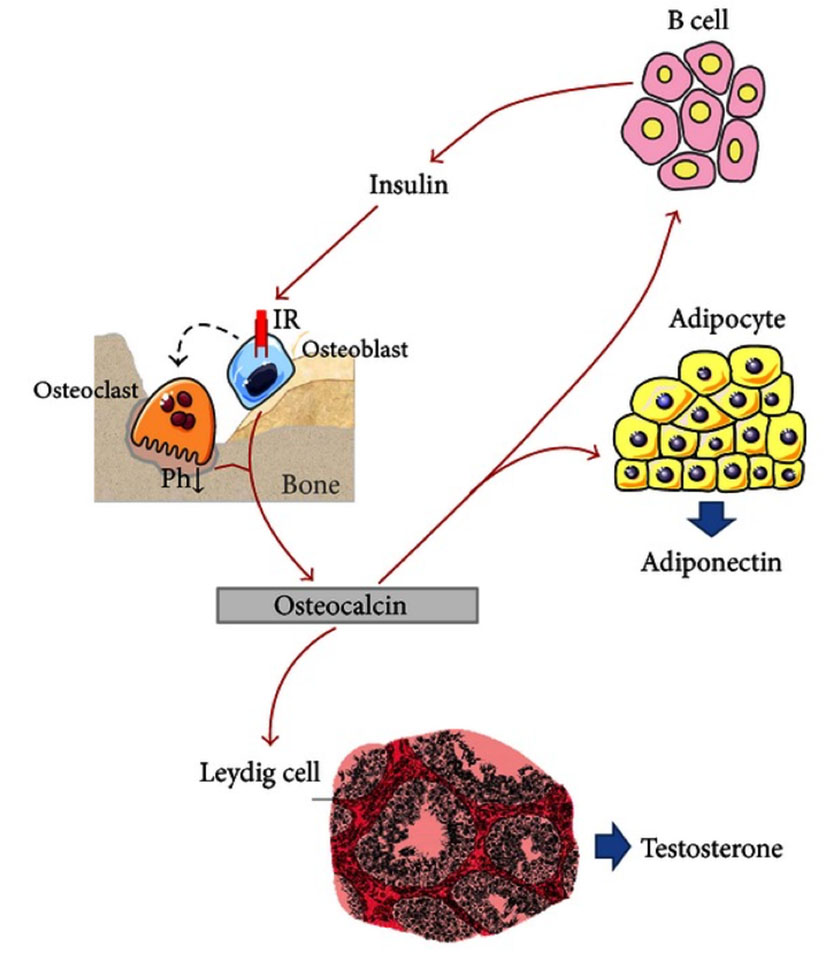 Unfortunately, especially women, who suffer from osteoporosis, have to take the falsely prescribed calcium supplements. As described above, osteoporosis is not a “calcium-deficiency- disease” but a “calcium-utilization-disease”. According to a study, the risk of heart attack in women taking calcium increases by 600%!

In conclusion, vitamin K2 is not only a cofactor for the extremely important “sunshine” vitamin D3, it is incredibly valuable to our health.

All our supplements are not only fully provided with the perfect dosage and the many co-factors of D3, they also contain already the vitamin K2 / mk7 at the right dose. If you are taking our supplements already, you can relax and know that the K2 / mk7 is working in the mentioned mode of action for you and your health.

If you do not take mk7 and if you are possibly vegetarian or vegan, you can intake mk7 by eating raw sauerkraut or you produce the probably best mk7 source ever, the vegan Nattō meal from Japan, by yourself.

Nattō is a traditional Japanese food, made from whole, steamed soybeans and a bacterial culture, the called Nattō-starter and is a fermented soybean product. These bacteria turn the cooked soybeans into a sticky mass which looks like baked beans held together by long fibers. Nattōis an excellent source of protein and gives any cereal, pasta or soup a strong flavor. 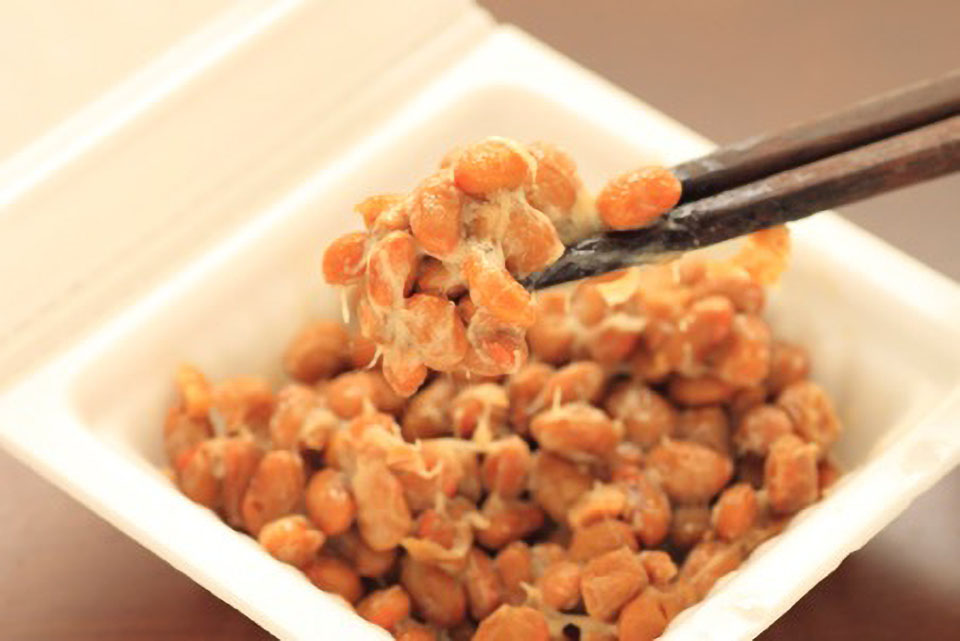 Note: Nattōcan be kept in your refrigerator for up to one week. You can also freeze it for up to two months.