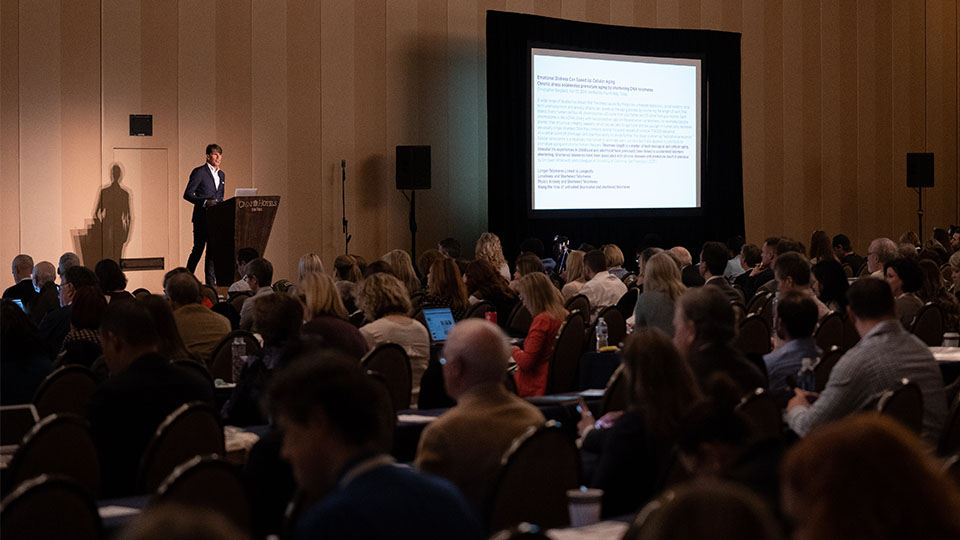 The current evaluations and projections on the course of the disease COVID-19 indicate that the mortality rate and the severity of the disease correlate on the one hand with underlying chronic pre-existing conditions and on the other hand with the age of the patients. From the age of 50-59 years, the mortality rate increases from 1.3% to 14.8% for 80-year-olds. (1,2) 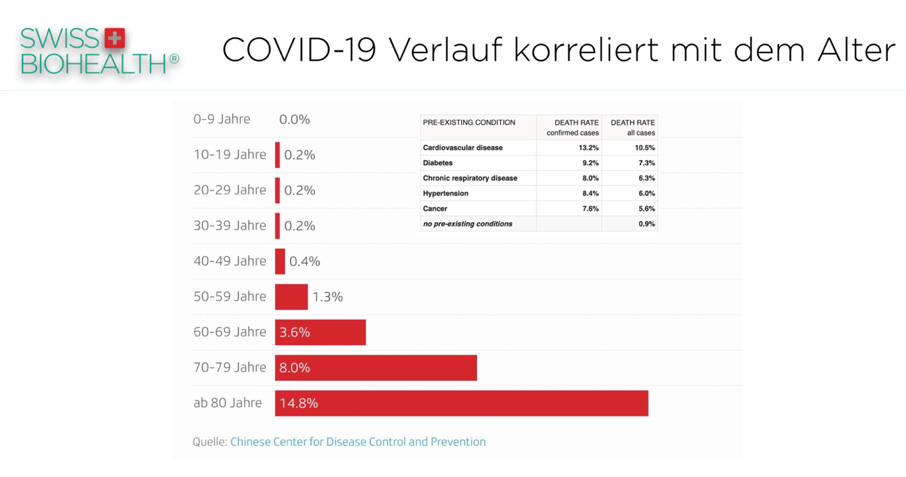 To protect against a dramatic course of such infections, it is therefore not only important to strengthen the immune system to the maximum, but also to keep one’s own bio-age as young as possible. 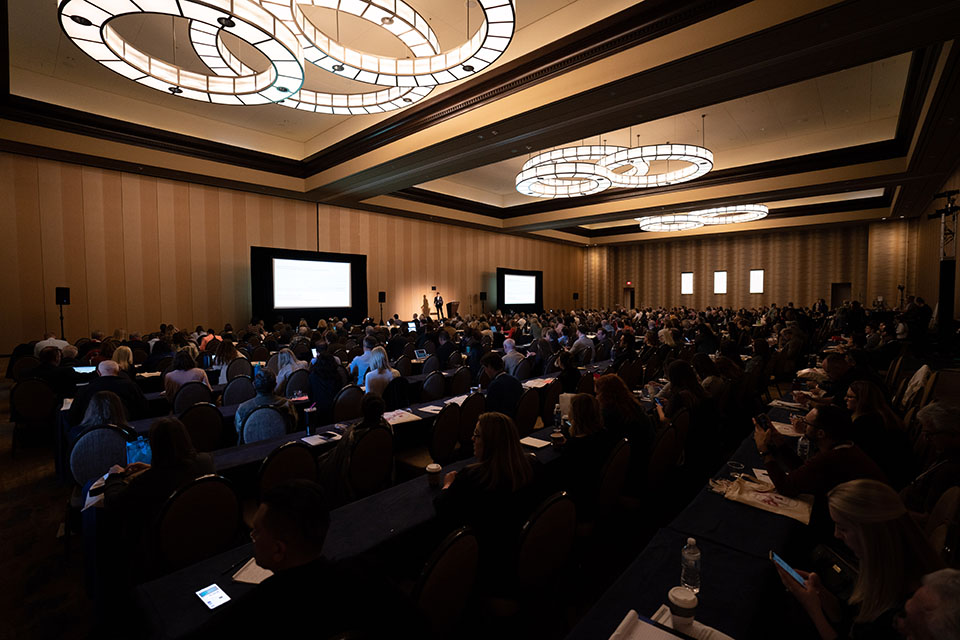 Dr. Ulrich Volz was able to present the results of the first ever prospective pilot study on the scientific evidence of the Swiss Biohealth Concept to over 600 doctors and dentists in a sensational speech at the international congress “Roots of Toxicity” (AAEM, IABDM, IAOMT, ICIM) in Dallas, Texas. He showed that not only the immune system and the vegetative nervous system are massively relieved by the removal of chronic inflammation and interference fields in the oral-maxillofacial area, but that this therapy probably also has a rejuvenating effect. 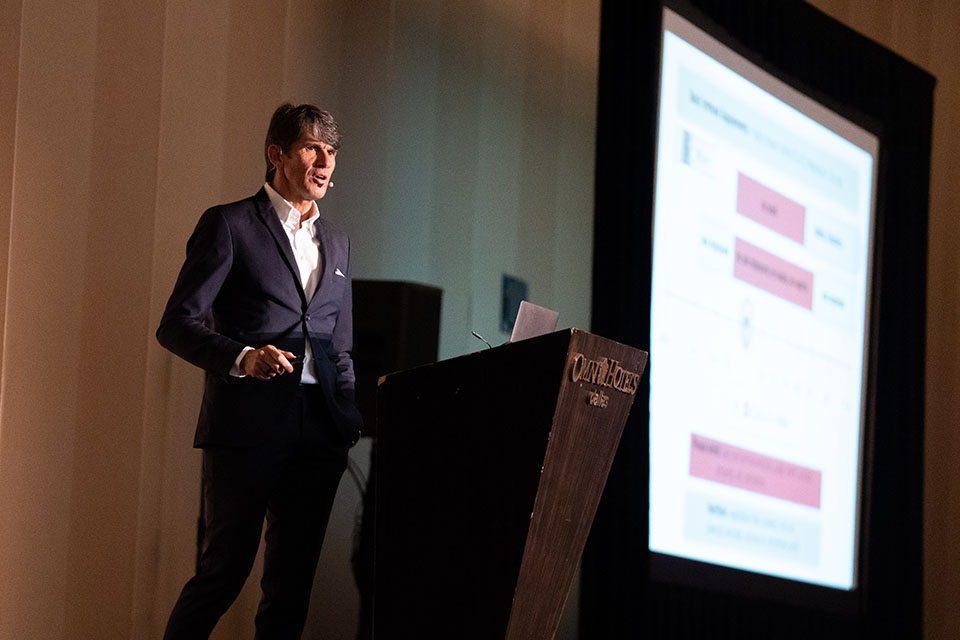 In a prospective pilot study conducted for the first time to provide scientific evidence of the Swiss Biohealth Concept, it was shown that not only is the immune system and the vegetative nervous system massively relieved by the removal of chronic inflammation foci and interference fields in the oral-maxillofacial region, but that this therapy probably also has a rejuvenating effect. The Swiss Biohealth Concept is a comprehensive concept for the restoration of interference fields in the oral cavity with subsequent treatment with zirconium dioxide implants. This is usually done with immediate implants according to the All IN ONE CONCEPT. The dental procedures  are embedded in finely coordinated medical treatments. These serve to increase the immune competence and ensure optimal healing of bone and soft tissue. Particular attention is paid to putting patients into a parasympathetic activity during the entire pre-, peri- and post-operative phase as a base for optimal healing processes. For this purpose, the vegetative regulation is measured with the VNS device (Commit): 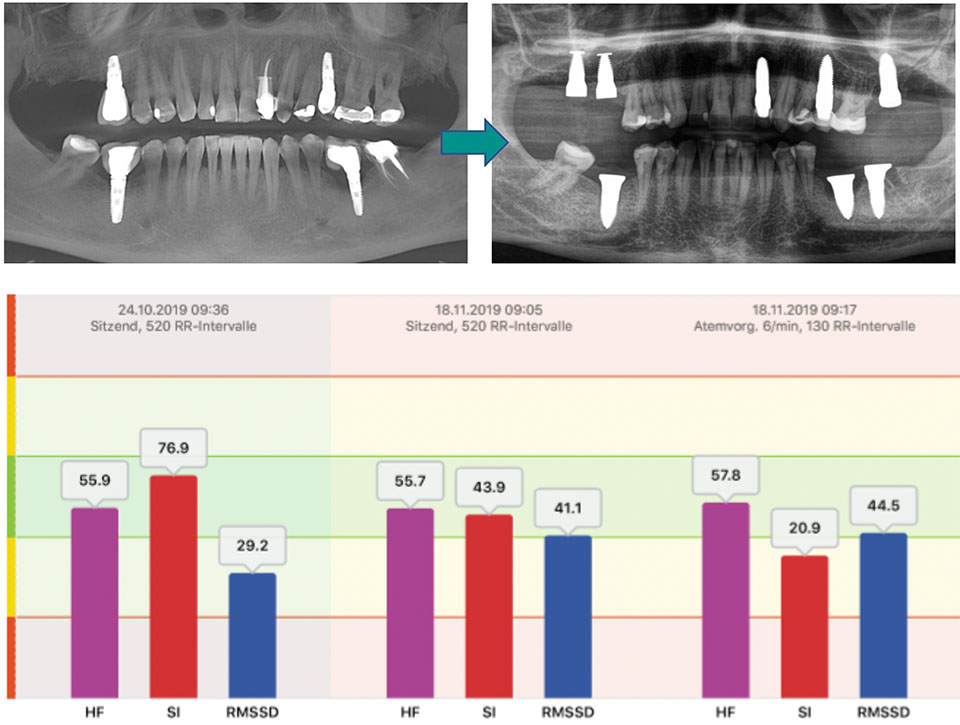 The pilot study included patients of the Swiss Biohealth Clinic who had at least one root-canal-treated tooth and optionally other interference fields from the area of osteonecrosis of the jaw (FDOK) and/or metal exposure such as amalgam. In addition, there had to be physical complaints. These were quantified using the Medical Symptom Questionnaire (MSQ). This questionnaire records the main symptoms in all areas of the organism. The main test parameter was the change in the overall MSQ score postoperatively compared to preoperatively. 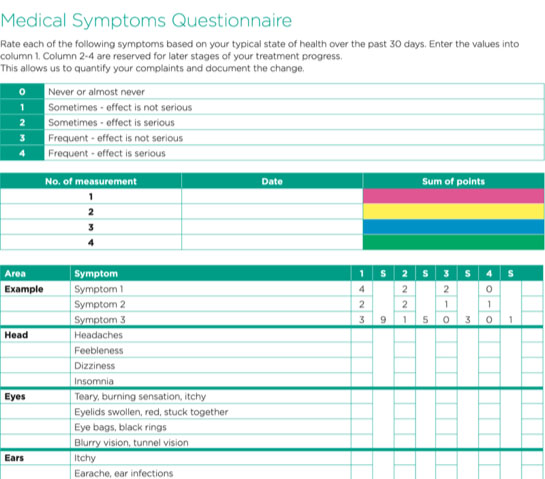 The pilot study distinguished between two groups, one prospective and one retrospective. In the first group all patients of the clinic who were treated from October 8, 2019 to February 2, 2020 and who fulfilled the inclusion criteria, were evaluated. There were two evaluation dates, preoperatively immediately before the operation and postoperatively at the end of the SWISS BIOHEALTH WEEK (a few days after the operation).

From the recorded number of 20 patients, 19 patients could be evaluated. The statistical evaluation was performed by Dr. Imma Fischer, biostatistician Tübingen/Germany. Despite the small number of cases, the statistically very remarkable result was on the level of p<0.001. This proves the excellent improvement of the patients’ complaints, which could already be documented by many testimonials.

Since this result could possibly be falsified by influencing factors such as after-effects of painkillers or the special atmosphere of the clinic that promotes parasympathetic activity, a second, retrospective group was formed. This group included all patients in whom, in addition to the preoperative assessment of the MSQ, a further survey of prosthetic care was carried out after 3 months at the earliest. As a result, all the above-mentioned distorting influences were no longer relevant for this group. Remarkably, the statistical result of this group with p<0.004 confirmed the excellent result of the prospective group.

Since this study is a one-armed exploratory study, the results are not conclusive. They do, however, make it possible to generate hypotheses for a confirmatory controlled clinical trial. Furthermore, it is one of the few prospective studies, possibly even the first to be conducted in the field of interference field research. It is a first step on the way to scientifically substantiate this topic, which is still not integrated into general medicine. In addition, the improvement of symptoms observed in many individual cases, especially of chronic diseases, has been scientifically confirmed for the first time by treatment according to the Swiss Biohealth Concept.

Patients who have been treated according to the Swiss Biohealth Concept and continue to strengthen their immune system can most likely look forward to SARS-CoV-2 with a certain amount of composure, as further test criteria of the study yielded interesting results with regard to telomere length and longevity.

In the patient shown below, the laboratory values showed an extension of the telomeres only four weeks after surgery. This corresponds to a lower biological age. Statistically significant results will be seen here especially with a certain time interval after surgery. Nevertheless, clear tendencies to promote longevity can already be seen.

The mitochondria are of central importance for the vitality of an organism. This diagnosis is an early warning system for the derailment of bioenergetic processes. Mitochondrial function is influenced by age, lifestyle and illness, among other things. The figure shows the patient’s mitochondrial function. The preoperative red bar (previous value) shows a significant improvement compared to the postoperative left bar (current value). 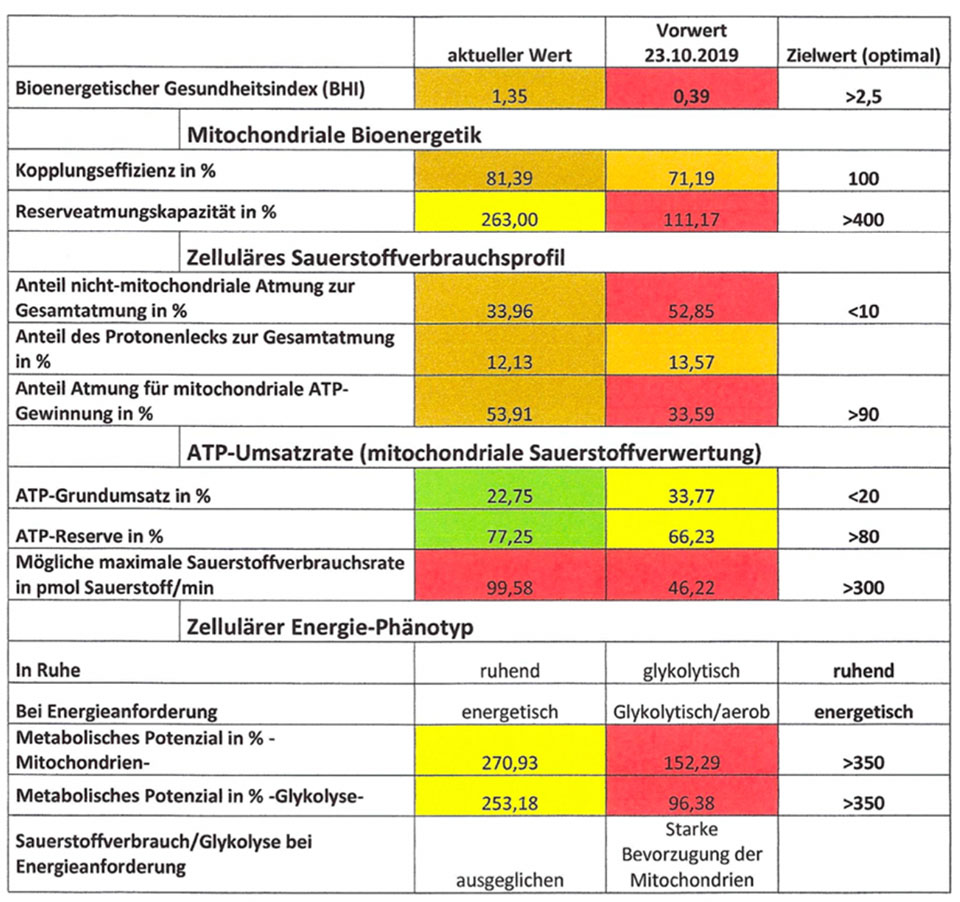 The study is a first proof that the SWISS BIOHEALTH CONCEPT can make a significant contribution to the treatment of chronic diseases by removing chronic interference fields in the mouth. The treatment helps to strengthen the immune system and thus makes the organism more vital, more resistant and more capable of regeneration. Due to the challenge of increasing environmental pollution and the global spread of pathogens, it is of central importance to strengthen one’s own defences and to interference fields removed.