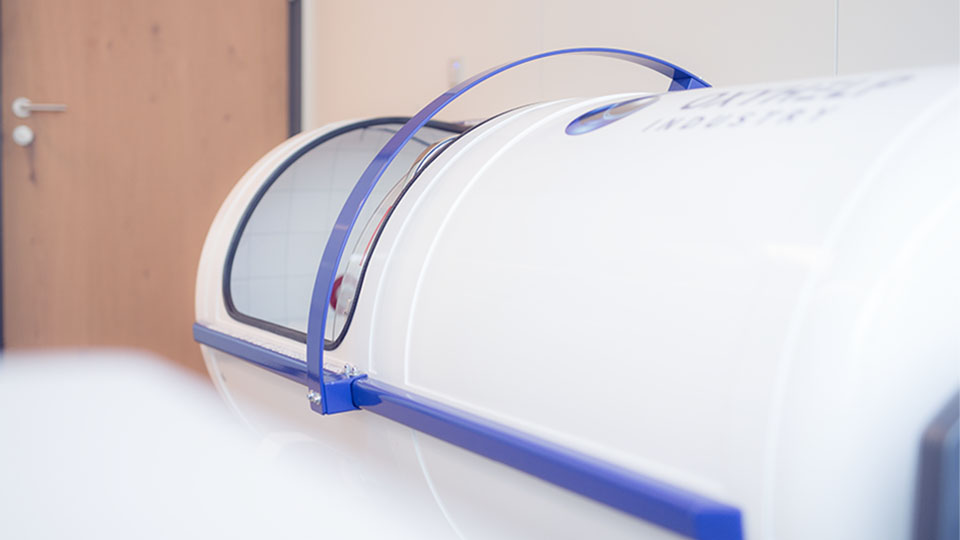 Your blood carries this oxygen throughout your body. This helps fight bacteria and stimulate the release of substances called growth factors and stem cells, which promote healing.

Your body’s tissues need an adequate supply of oxygen to function. When tissue is injured, it requires even more oxygen to survive. Hyperbaric oxygen therapy increases the amount of oxygen your blood can carry. An increase in blood oxygen temporarily restores normal levels of blood gases and tissue function to promote healing and fight infection.

Dr Dietrich Klinghardt highly recommends the use of the HBOC, as it is a great medium to detox heavy metals. He suggests our patients to visit the Hyperbaric Oxygen Chamber before a surgery where for example amalgam is being removed from the oral site and after, around ten times.

Anyone can do hyperbaric oxygen treatment, except of patients you just received an external sinus lift surgery.

Like many patients of our clinic (especially cavitation patients) and many healthy people and athletes from the neighborhood like Zurich, my dad is jumping once a week for an hour into the HBOC (Hyperbaric Oxygen Chamber). Inside the chamber, you’re going to receive 20 liters of pure oxygen per minute at a pressure of up to two bar! Like exercising in high altitude the cells will be loaded with much higher amounts of oxygen and even the growth of new blood vessels could be increased significantly! No iPhone allowed inside, it would implode … (maybe that’s what my dad likes most since I watch him sleeping like a baby inside the chamber 😂😂😂).

I wish everyone a good day, Coco