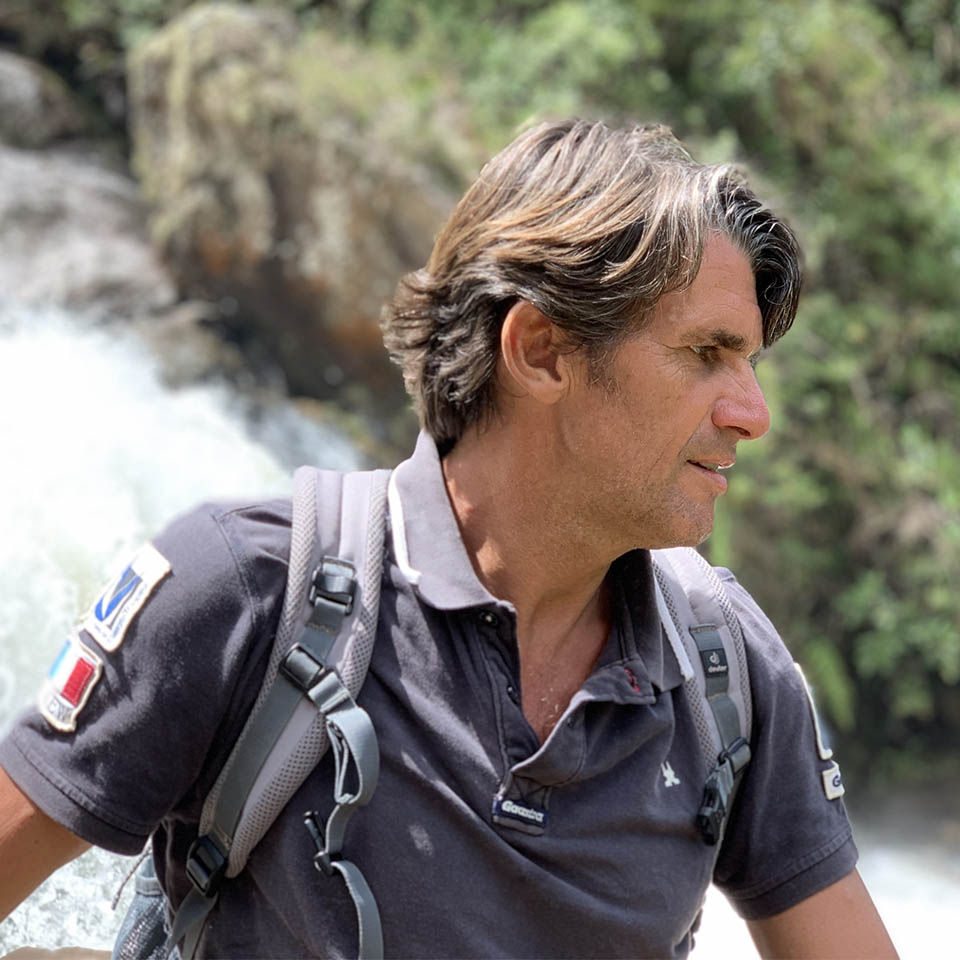 In this blog post I will report on the further regeneration after my own operation, which I have continued in the completely radio-free nature of Brazil. This shows how important it is – especially after surgery – to avoid EMF as much as possible. You can also achieve this at home, and I will give you all the information about it! In addition, I will show the central importance of the movement in nature and explain the benefit especially for chronically ill people. If you have not read the first part, feel free to do so here.

Altogether, I took 10 days incl. the two weekends off to recover optimally from my own intervention and to get the maximum benefit out of it. We see that during the first few days after my surgery on February 15.2.2019, I covered only very short distances around 3 to 4 km per day and still allowed my body a lot of rest: 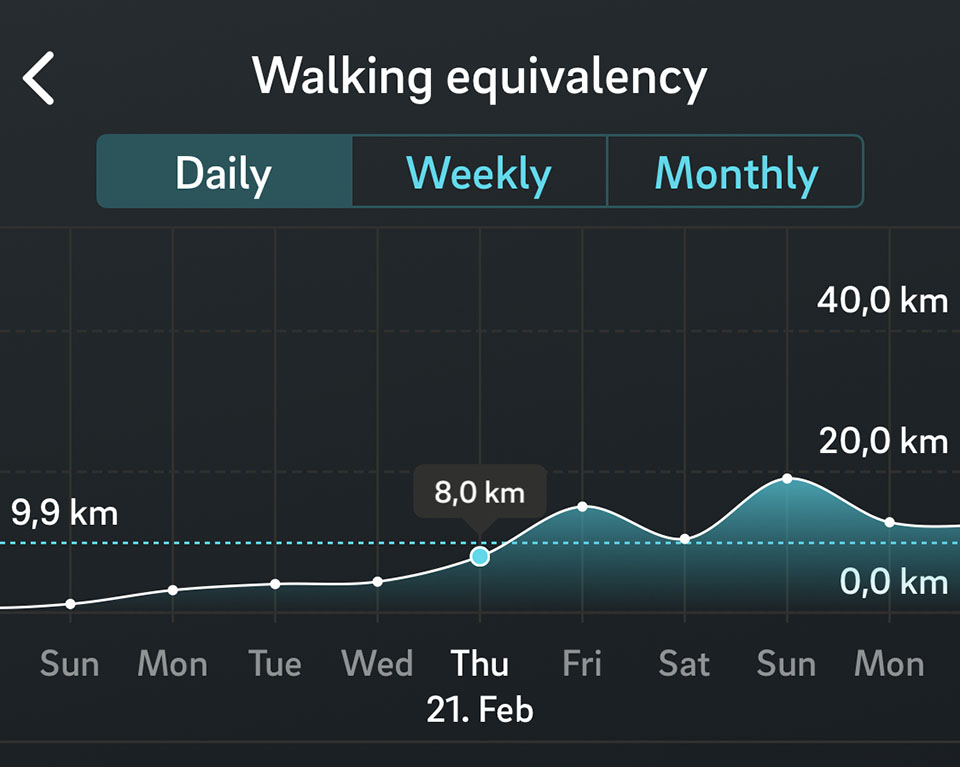 Only when the regeneration regularly increased over several days to over 100%, I began to take longer stretches again, in the form of easy walks: 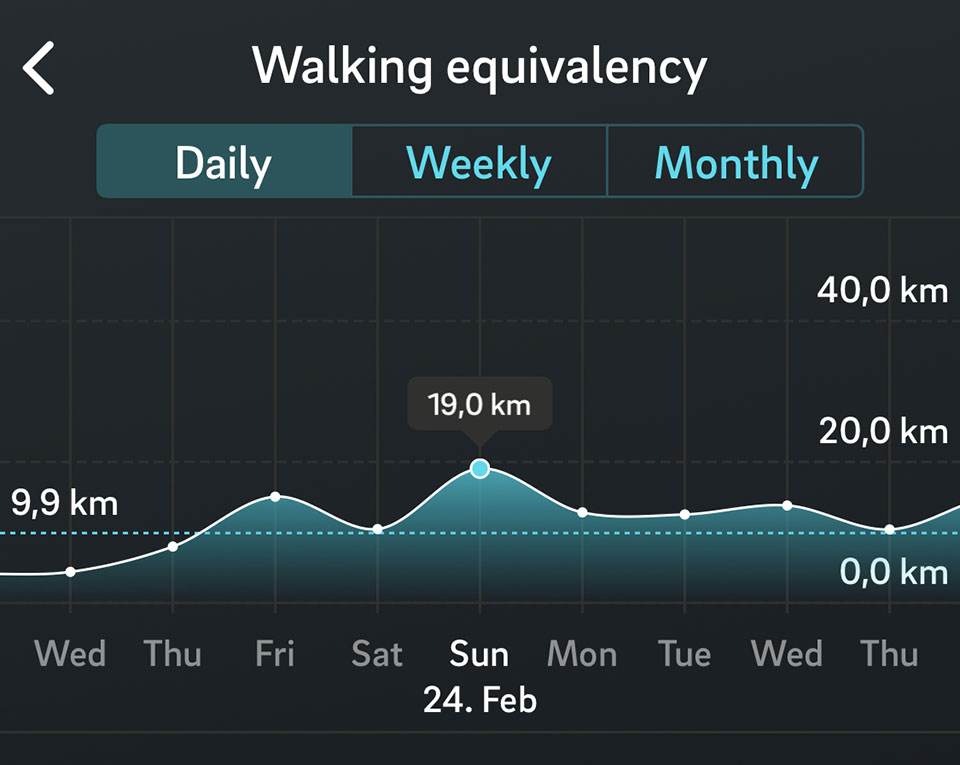 19 km on Sunday, the 24.2. maybe were a bit too much, because then the regeneration went down again. As we see here, this distance was far (316%) above Oura Ring’s activity recommendation for the day: 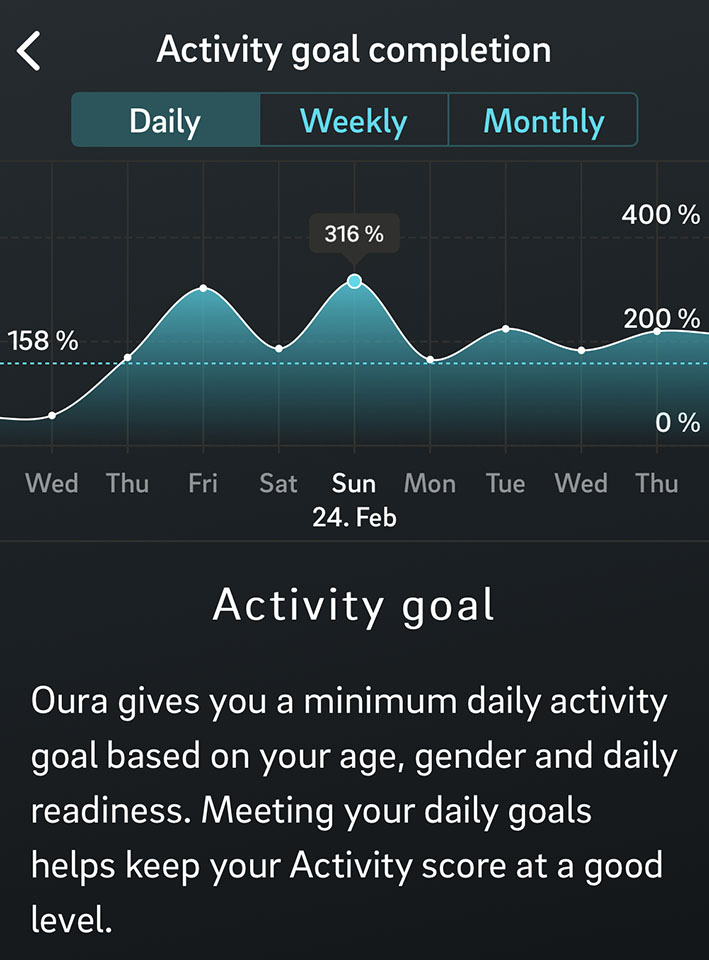 From Monday to Wednesday, there were three very intensive surgery days at the SWISS BIOHEALTH CLINIC with long operating sessions lasting up to 8 hours – nevertheless – or precisely for that reason – I was able to increase the regeneration to 108% by Wednesday morning: 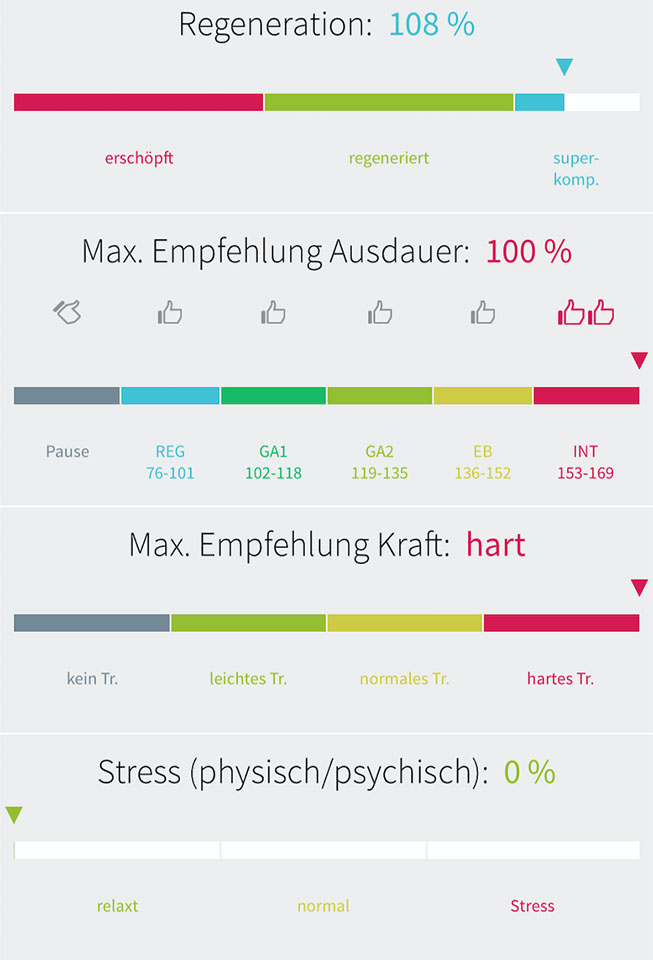 The optimal working conditions in our clinic, let it be the electromagnetic shielding, the sugar- and gluten-free food and the extremely good and supportive team in cooperation with my increasing resilience, show “holiday-like” values ​​for this day on the Biovotion: 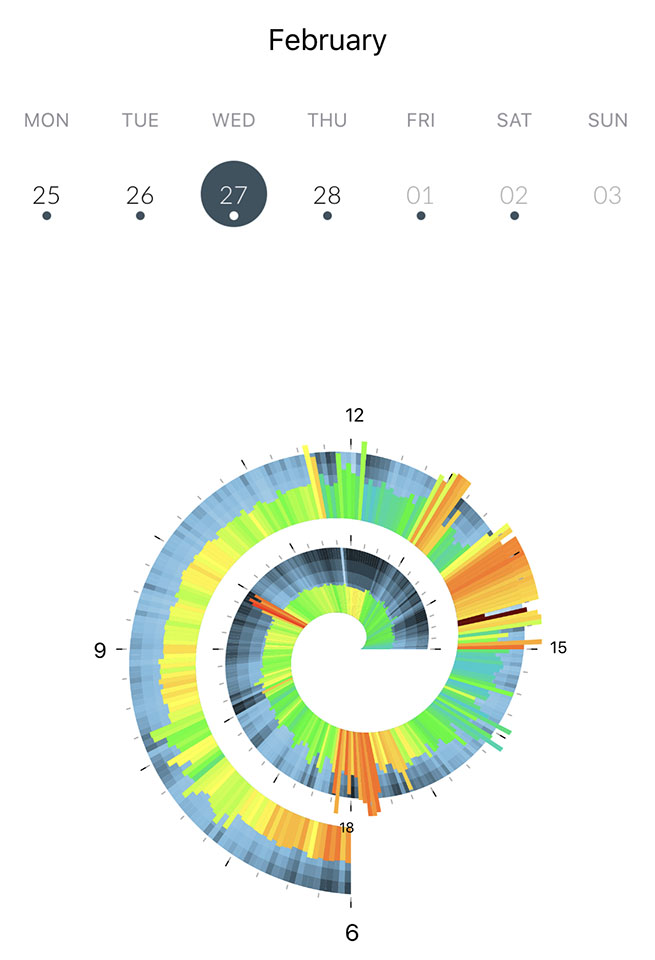 At 17:30 (orange zone in the middle ring at 6 o’clock position) the long operation under general anesthesia was over. At 8:00 pm Dinner at Zurich Airport and 10:40 pm departure to Brazil to enter another recovery and detoxification phase at our Detox Fazenda. Extremely exciting are the following two graphics, which show that we can effectively protect ourselves from radiation on long-haul flights by using smart and effective products: 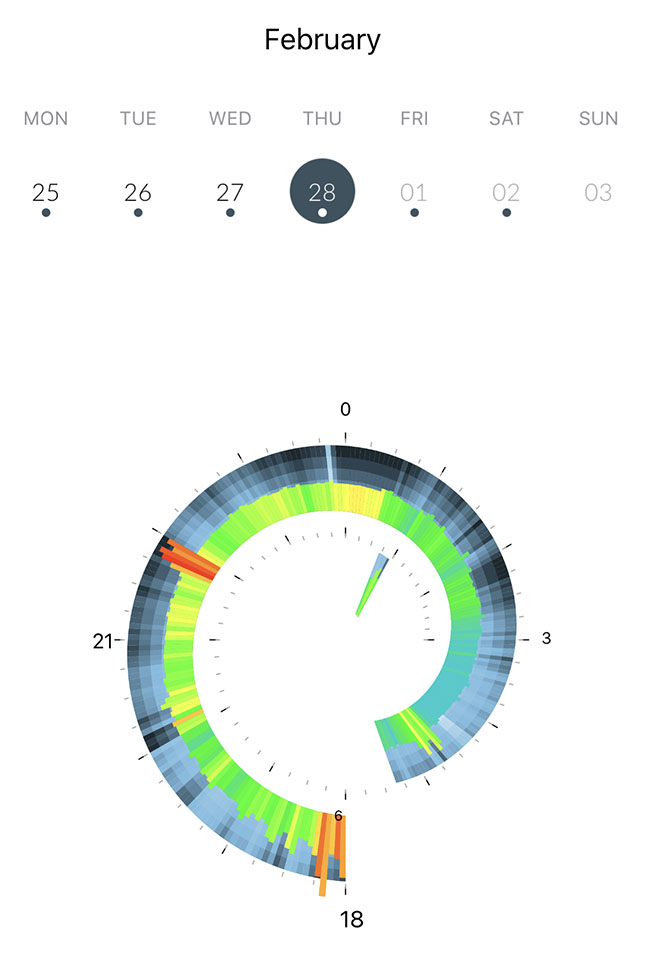 The flight was in no way stressful for my vital values – we see that particularly the sleep phase between 3 and 6 o’clock in the morning (shortly before arrival in São Paulo) shows an extremely calm pulse and a high heart rate variability (HRV). The measurement with the vital monitor just before landing at 6:30 am confirms this: 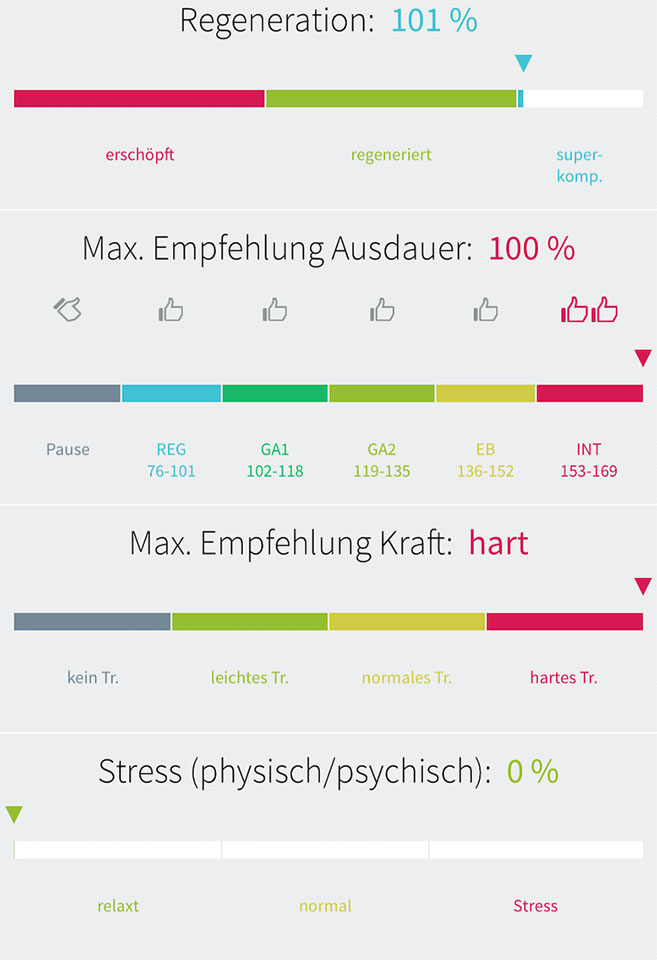 On our SWISS BIOHEALTH IG Account you will find information about the Vivobase. I am using and Q-Link recommended for flights. In addition, I have worn a radiation protection shirt from biologa .The following days show how high the regeneration values ​​in the radiation-free area are and why it is so important that at home in the bedroom you at least shield yourself from EMF with a mains cut switch (biologa-gmbh.com) and a radiation protection canopy . The W-LAN should also be switched off at night or even better completely removed and replaced by a LAN adapter for iPhone and iPad .80% of the general detoxification and 100% of brain detoxification take place at night, which greatly simplifies protection, as you only have to shield 4 square meters!

The extremely positive effects of staying in a completely radio-free area, I showed in 2010 in the neighboring hotel to our detox fazenda, the famous “detox experiment”: 20 of the best doctors, inter alia Dr. Klinghardt, Dr. Mutter, Prof. Ionescu, Dr. Preussler, Dr. Sacher and others, as well as 20 critically ill patients even suffering from ALS have seen what incredible improvements are possible here! I’ll cover this experiment in detail in one of the following blog posts…

Here in Brazil I resumed my sports program and increased it to 20 km per day within a week: 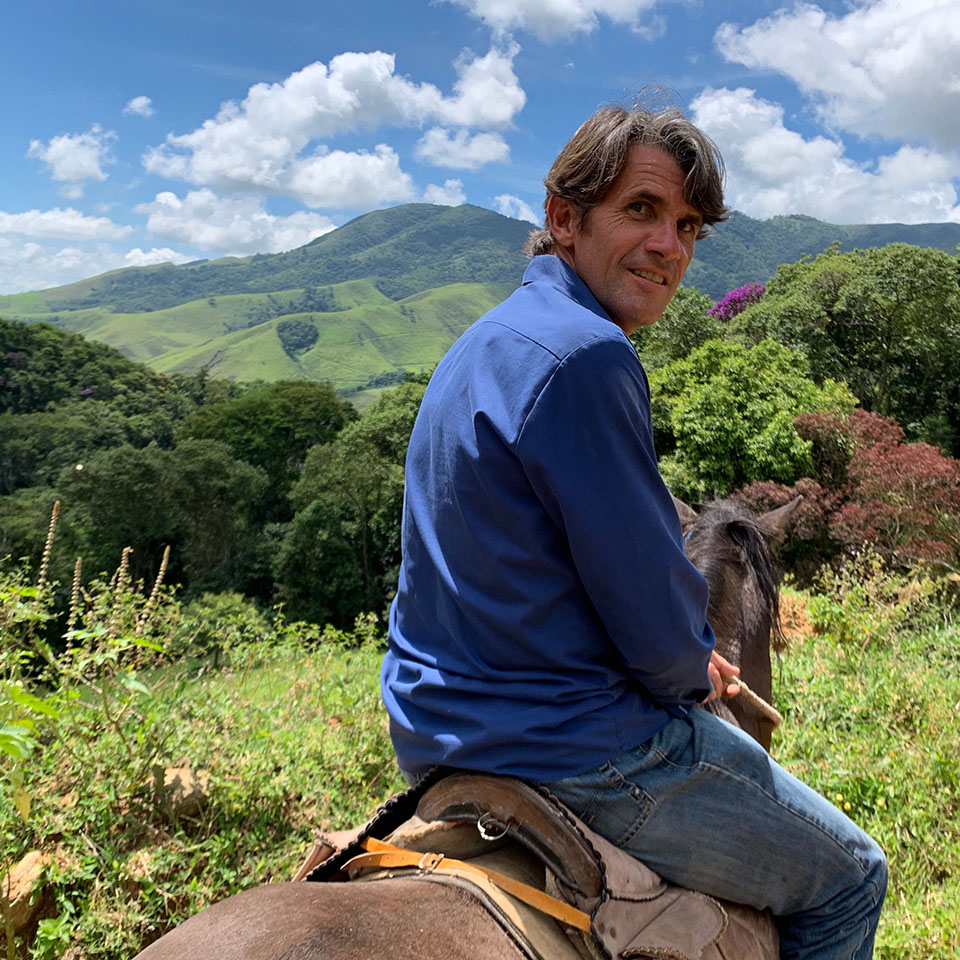 Jogging with our dogs in the mild climate of Brazil, swimming in the lake, riding in the wild nature, regular sauna visits for detoxification have pulled the regeneration high up and constantly brought the stress down to zero:

Moreover, the fact of “unavailability” (WINSTON CHURCHILL: Urgent things are never important and important things are never urgent!) creates an unbelievable sense of liberation, which I “simulate” at home in Switzerland by completely shutting down ALL Memories and message reminders on the iPhone and by reducing the use of my smartphone to three short sessions per day. 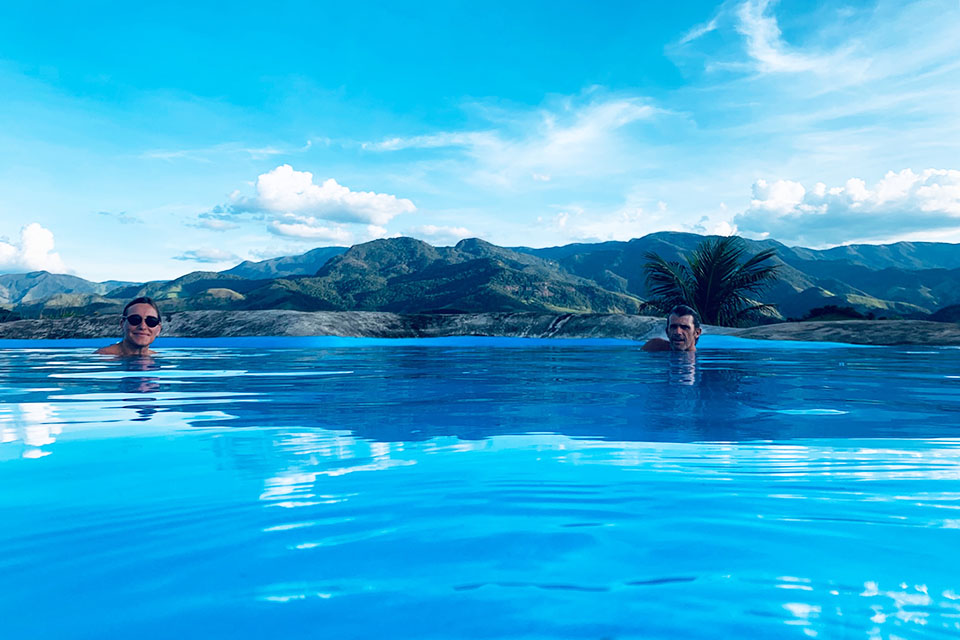 The movement out in the fresh air is in my opinion one of the most important therapeutics and represents the natural “specification”, according to which we should move every day at least 10, better 20 km! This is also being confirmed by the Oura ring, it smartly adapts the “daily goal” to the sleep efficiency of the previous night, HRV, regeneration, age, gender, fitness, etc., which I here in Brazil not completely complied with, but in terms of training effect overreached.
Here we see the week of the operation with reduced activity to nearly 80% of the recommendation:

At the next evaluation, we see that the increase to 20 km per day after 10 to 14 days, has exceeded the recommendation less compared to the week before: 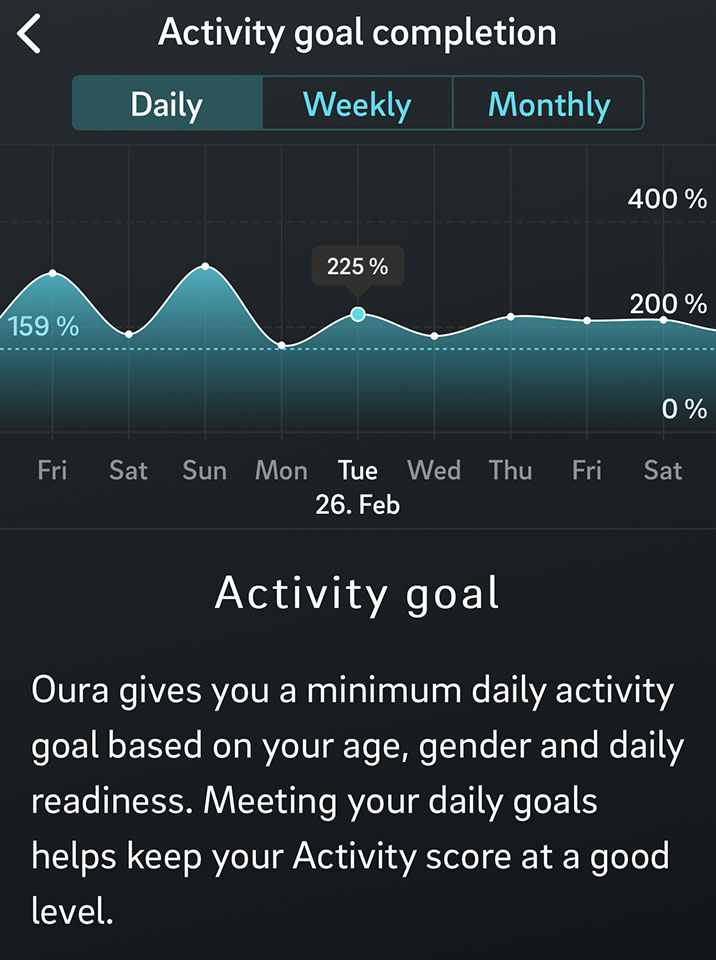 In my experience, in particular chronically ill patients are often trapped in a vicious circle, as their illness weakens them so much that they spend less and less time in motion and in nature, spending more time in radiation fields at home and in front of the screen which blocks the Melatonin avoiding healthy and regenerative sleep. This is being recognized by the Oura ring immediately. The Oura Ring can help to slowly and gradually bring these patients back into the movement, through the Readiness Score and Individual Activity Recommendation (Activity Goal), I will soon explain the importance of that.
I’ve seen Parkinson patients who were already in a wheelchair and were simply put on a shaker (such as a Power Plate) to constantly increase their muscles and then came back to life by one hundred meters per day!

Why is the movement probably the best therapeutic agent in the world?

Basically, aerobic energy production is preferable to anaerobic ones, meaning that the pulse should not rise above 110 beats per minute. For example, when doing slow jogging  you should allow yourself to breathe in and out in three steps at a time. Through this you have optimal fat loss and musculature is built up. So extensive rather than intensive training! Through this rather easy but long endurance training, the body is given large amounts of oxygen, especially when the movement takes place in nature, optimally in the forest, as the plants produce oxygen in the process of photosynthesis. At the same time, the lung volume is increased and in a positive Circulus Vitiosus the oxygen uptake is further improved. The cells are thereby charged with oxygen and the system is more alkaline.

Otto Warburg 1911 and Max Planck 1936 have received Nobel prizes for the recognition that cancer cells in the alkaline and oxygen-rich environment cannot survive! In addition, the forest protects us from radiation because the water molecules in the leaves or needles are extremely effective at shielding against radiation. This is physically measurable even with a steel gauge or you can tell by the power of your smartphone. In nature, you form (optimally around lunchtime = UVB radiation) vitamin D3 even when it is cloudy weather, which is converted into the important hormone calcitriol which controls 2,000 genes, protects against cancer, promotes cell healing and regeneration and is the strongest anti-depressant ever. In addition, the endurance exercise leads to the release of the happiness hormones of the group of endorphins!

The movement also leads to rejuvenation, as the old muscle fibers are “digested” and replaced by new muscle fibers. The ultra-small injuries in the muscles lead in turn to the release of HGH Human Growth Hormone (growth hormones) and thus to the regeneration of all tissues. In addition, stem cells are activated which repair and regenerate the tissues and organs. The highest possible amount of muscle represents our “life insurance”, since almost everything else can be made from muscle: amino acids, enzymes, cell membranes, etc. Also for the gain of energy, the muscles are far superior to fats or carbohydrates! A strong musculature also prevents injuries and wear of the joints and ligaments: “It should be the skeleton which is put up in the musculature and not the musculature hanging on the skeleton!”.

Sweating is one of the best detoxification methods ever!

In addition comes that the lymphatic system, which is designed to carry away the waste products of our cells, toxins and heavy metals, fatally, unlike our blood vessel system, has no pump. It is exclusively the musculature, which pumps the lymph through the lymphatic vessels by the contraction and relaxation in the movement. Without movement, the function of the lymphatic system and thus any detoxification comes to a complete standstill! Of course, exercise also stimulates the entire metabolism, improves digestion, promotes appetite and sleep, and improves physical condition. As a result, the resting heart rate is reduced, which leads to a massive increase in life expectancy, since – similar to a vehicle – the “lower number of rotation speed” reduces the wear of all organs. Another extremely positive effect is the activation of the parasympathetic mode, especially during movement in nature. Last but not least, the entire globe is covered with the physically measurable electromagnetic Hartmann network and curry grid, which supplies our organism with electrical energy similar to the contactless charging of current smartphone generations. 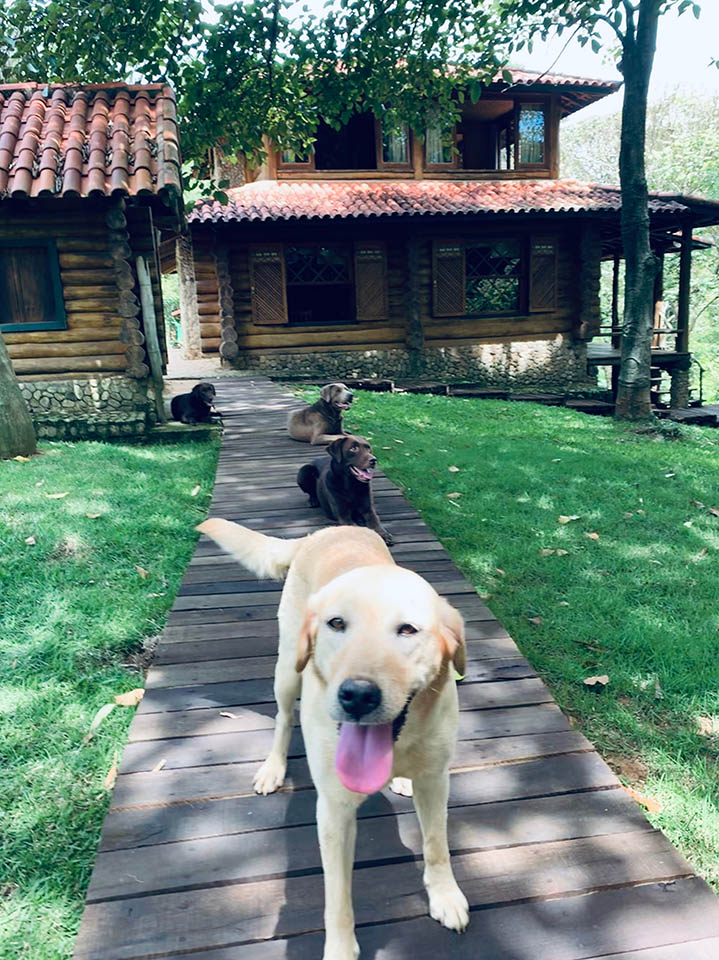 According to Dr. Klinghardt and Professor Yehuda Schoenfeld, the most well-known immunologist from Tel Aviv, the contact with dogs is invariably good for our immune system. In contrast to cats, which represent an extreme threat to our immune system and should be avoided. That’s why I particularly recommend sick and elderly people to get a dog, as it not only improves our immune system, but in addition to the many joys that it gives us, motivates us to leave home several times a day and get the best and most effective free therapy available!

share
Categories: All in one, Biological Dentistry, MY BIOHEALTH WEEK
PREVIOUS
NEXT